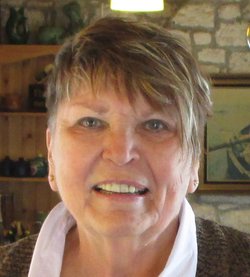 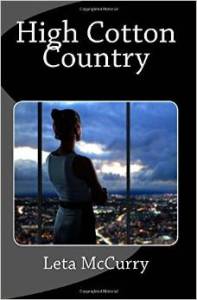 It is a pleasure to have Leta McCurry with us today for an Author Interview.  Leta and I have become friends through WFWA, Women’s Fiction Writers Association.  I am still amazed at how technology can bring people together from opposites sides of the country, or even the world.

Leta,  when did you first know you wanted to be a writer and was there a particular inspiration to get started?

I think I’ve always known I wanted to be a writer but I actually started writing at about twelve – from a twelve year old’s perspective obviously. The adventure, companionship, comfort and inspiration I received from being an avid reader is what first inspired me to put on paper the stories that were bouncing around in my head.

Do you have a background in writing or have you taken  any special writing courses that helped you along the way?

No. The biggest help to me has been honest and forthright critique readers. Feedback from readers always gives me clarity about y writing and is a big help in my on-going endeavor to become a better writer.

What other work have you done, and how has it impacted your writing career?

Sales. I think sales taught me to take risks and put myself out there. And not to take rejection personally. And, while not work in the strictest sense, I think raising five children.

How long did it take you to publish your first manuscript?

About a year and a half from writing the first chapter through to publication.

Do you always write in the same genre?

My interest is in general/women’s fiction. I never intended to write non-fiction but at one point Prentice-Hall, New York offered me a contract to write a college textbook which I did and they published. That was just an unexpected side trip. I refer to my genre as women’s fiction but I have been told it is more general fiction. High Cotton Country has actually been read by several men and I’ve had really good geed back from them so I guess it is a cross-over between general and women’s fiction.

Many of us cross over genres and it is difficult to pinpoint one to fit our books. For the book we are promoting today, what shelf would we find it on if it were in a bricks and mortar bookstore?

Do you have any special time or place you like to write?

I have a little cubby hole office hardly big enough to “cuss a cat” as my grandpa would say, but it works for me.  Nice big windows with a view out at the green Oregon trees and foliage and blue sky (when it isn’t raining).

Are you published through a traditional publishing house? If yes, how did you find your agent and publisher?

Yes. Non Fiction. College Text Book. Publisher Prentice Hall sought me out based on a recommendation from a college professor.

Why did you choose to go the self-publishing Indie route in lieu of traditional publication on this project? What were the deciding factors to choosing your publisher? Would you recommend that same Indi publisher to a colleague?

I went the self-publishing route almost entirely because of the time factor involved in getting a book on the market via traditional sources. It just seemed that two years was a long time.

Do you always write in the same POV or narrative or do you switch it up in different stories?

I like to switch it up because everybody has their own perspective on events and situations. The same incident can and does have a different impact on different people. I have read books written from a one person perspective and they worked for me as a reader. I don’t know that I could make it work that successfully.  To me, the difference is one perspective is like mashed potatoes and multiple perspective is like a baked potato with butter, sour cream, chives and chopped bacon.  Having said that, I’ll probably end up writing a one point of view narrative someday.

Authors and publishers are always talking about finding your “Voice”. Exactly what does that mean to you and how did you find yours?

I think an author’s voice is that life and world point of view that is particular to each of us. That voice is the culmination of our circumstances of birth, the “imprinting” we received as we grew to adulthood, and the experiences that are unique to each one. And, the voice is always changing, growing, expanding, because as long as we are alive we are continually influenced by the world and people around us and our responses to those circumstances.

Do you follow a structure pattern such as staying in chronological order, or alternating points in time or different POV’s

I don’t follow an exact chronological order but I do follow a loose time framework. I do write in order though, each chapter in sequence. I have writer friends who may write chapter 20 then come back to 5 then write chapter 18 then 35 and come back to 6.  That would drive me crazy.

What was the hardest part for you in the writing process; the outline, synopsis, query or building the story itself?

Query and synopsis. Lot harder that writing a novel. Now that I am in the midst of the process, writing is the easy part.

It is not enough to write a book and wait for the money to start rolling in. What marketing techniques do you implement to increase your sales?

Right now, personal networking. Exploring possibilities. Marketing has turned out to be a sharp learning curve for me and I’m still finding my way through the jungle. As I said, writing Cazzie’s story was the easy part.

Are you a pantser or a planner?

What advice would you give to new writers just getting started with their first manuscript?

Sit down and write. Edit later.

Who are some of the authors whose work you admire the most, and why?

Elin Hildebrand – she entertains me.  Susan Crandall and Robert Morgan because I love their “voice”. They are from my neighborhood. And Ayn Rand – she makes me think. James Clavell and Lincoln and Childs– they transport me to other worlds.

Complete this sentence….. My first ever published piece of writing was….. “A poem.”

Secrets. Hidden they can destroy her from within. Revealed they can explode her world.

Come hell or high water, Cazzie Randle is determined to leave the past behind along with the hardscrabble life of a small hill country town but finds she can’t elude the secret trauma that haunts her – an act of unspeakable horror by her mother and abandonment by her father.

A message that her father is dying sends a reluctant Cazzie to his bedside but not to reconcile a lifelong estrangement. She must make him finally reveal the secrets of the memories that haunt her. He must answer questions of “Why?”

An explosion of truth in a dusty Texas hill country town reveals old secrets and demands choices. But will she be able to choose or will she be paralyzed by all the old hurts, cruelty and betrayals that have driven her all her life? To find the answer, Cazzie must confront the very essence of who she has become and question whether the price was too high.

High Cotton Country is the story of one woman’s journey to self-discovery. It is about the inherent dignity of the human being, of the burning desire to be in command of one’s own destiny, of the will, not only to survive, but to achieve, and to face adversity with courage and honor. This is not only the story of one woman’s fighting spirit, but also of the people who influence her self-esteem, shape her self-image and participate in her destiny.

Copies are available https://www.createspace.com/5060373 or

Thanks for having me, Joanne. It’s been fun. Leta